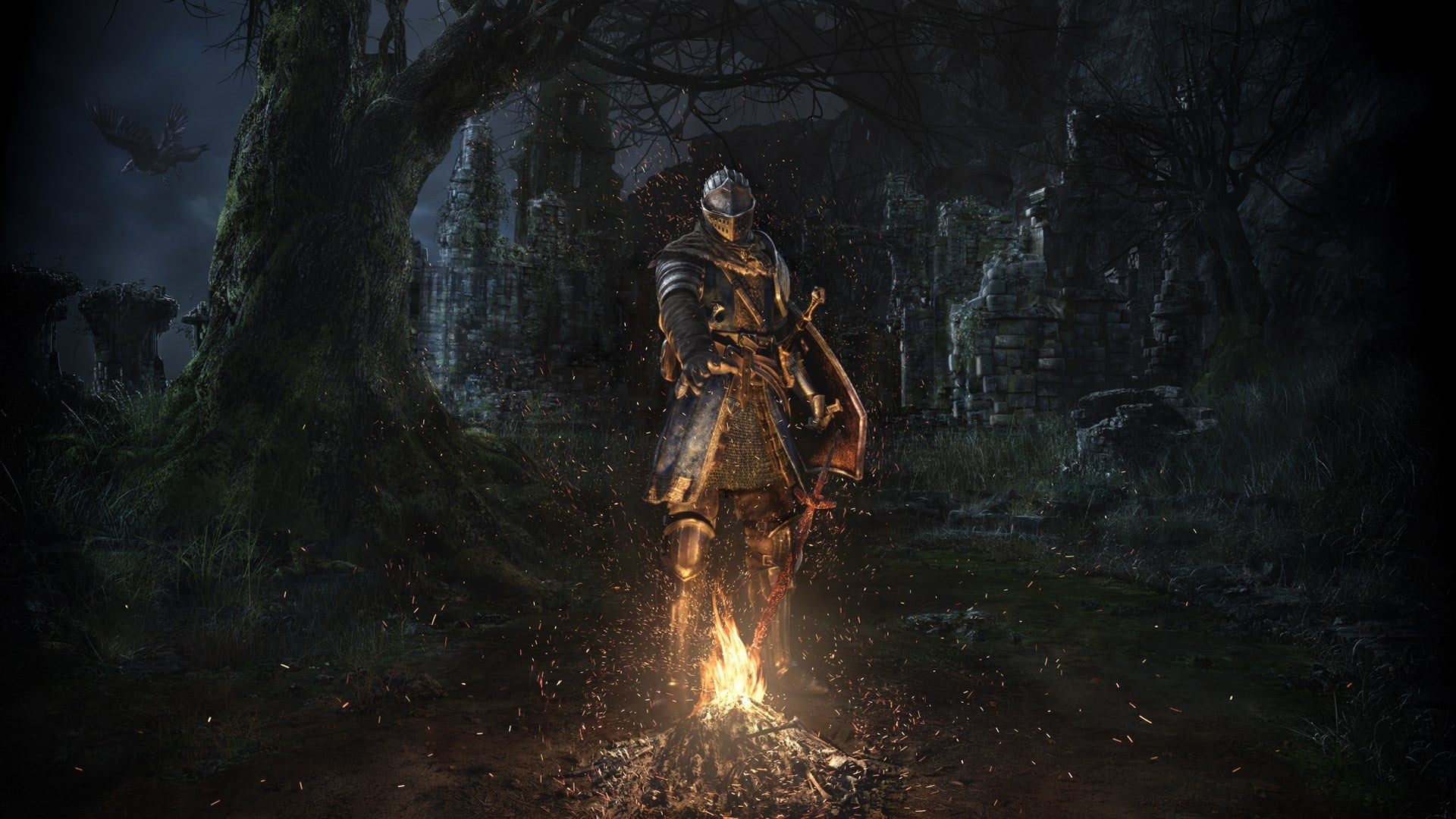 How do you approach the legacy of Dark Souls? You could focus on so many aspects of its design that have solidified FromSoftware as one of gaming’s titans: the spectacular boss fights, the rich lore, the wonderful combat. However, it’s worth examining something special about Hidetaka Miyazaki’s masterpiece that still stands out from the games that have followed it: the world itself. Lordran. A huge debt is undoubtedly owed to the pioneering Demon’s Souls, but Dark Souls landed on something great in 2011, crafting a timeless and intricate world that, for all its horror, feels as comfortable and familiar to me as a pair of wooly socks. Well, maybe a slightly blood-stained pair of socks.

Dark Souls doesn’t offer you complete freedom, taking the open-ended adventuring popularized by Metroid and Castlevania, letting you carve your own path through a densely woven web of levels. However, it lets you get properly, irretrievably lost, like an armour-clad pigeon caught in a thunderstorm.

Take Blighttown. Or rather don’t: I’m sure merely reading those dreaded words will send shivers down the spine of anybody familiar with Dark Souls’ most notorious level. This derelict town is built into the walls of a gigantic, poisoned cavern, where you creep along treacherous walkways while being bombarded by blowdart snipers, scorched by fire-breathing dogs and attacked by bloated mosquitos – which projectile vomit poison, of course. Add on top of this the game’s horrible performance on the Xbox 360, sending the frame rate crashing down to a slideshow, and it was tough enough to get through Blighttown even with the healing items and protective equipment players could acquire beforehand.