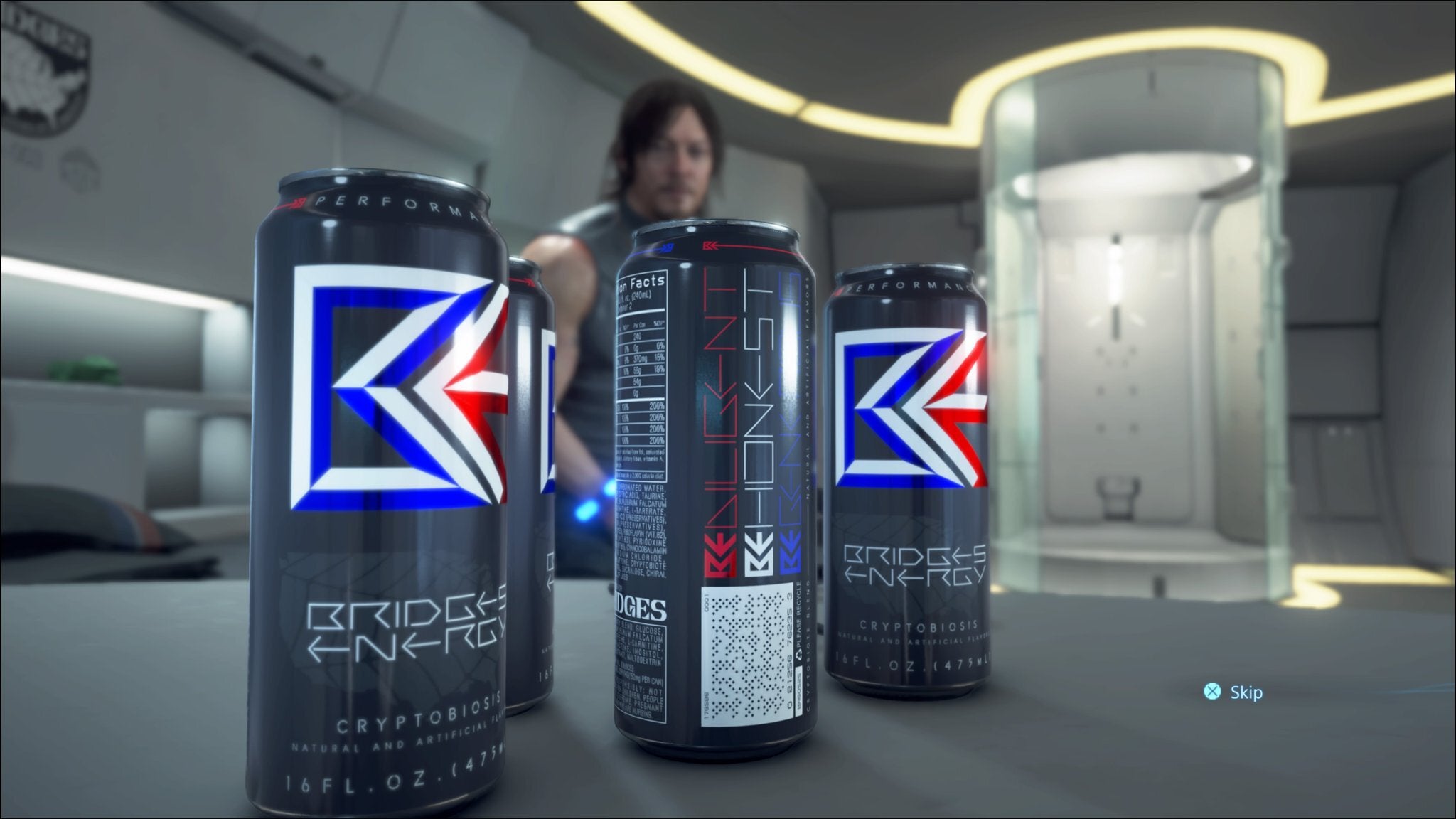 Death Stranding is full of product placements. We’ve known that about it since before it even came out. When it did release, players discovered a host of other, less obvious ads for real-world products, such as Norman Reedus’ biker travelogue show.

But none was more blatant than Monster energy drinks, which not only show up everywhere in-game, they’re tied into a game mechanic: drinking them boosts Sam’s stamina. Given how the entirety of Death Stranding is about travelling vast distances to deliver packages, stamina is a crucial element.

The Death Stranding Director’s Cut, which launches tomorrow on PS5, adds a host of new missions, new items, and refines existing mechanics. But there’s more, because for some reason, Kojima and co. decided to axe Monster energy drinks from the game.