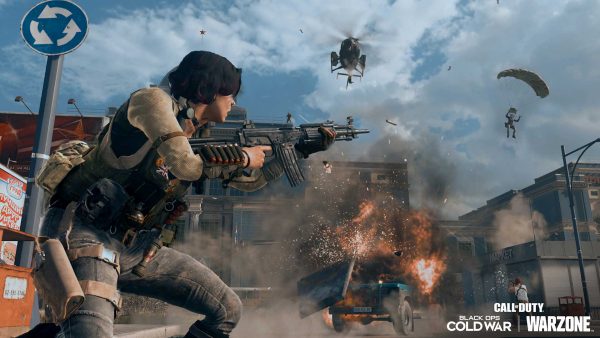 Raven continues to tweak the balance of Warzone following the release of Season 3.

On Friday, Call of Duty: Warzone received a small balance patch that made a couple of tweaks to the weapon meta. As recently promised, the AMAX and FARA were among the weapons getting nerfed.

Raven appears to be paying closer attention to balance this season, which is always good to see, but the developer has also taken the time to outline the reasoning behind each change. Starting with the CR-56 AMAX assault rifle, the patch dropped its minimum damage to 31 from 32. This translates to the weapon needing one more shot to kill, and it’s going to reduce its minimum damage TTK by 17%.

“The CR-56 AMAX is just a tad more dominant than we would like it to be and with this change, our aim is to widen the selection of viable long-range assault rifles,” Raven explained.

The FARA 83 assault rifle has had its headshot multiplier dropped to 1.35 from 1.5, and its ADS move speed decreased by 7%. Raven said the FARA 83 was exceedingly fast in ADS fire, particularly when using a mobility-boosting stock, making it a bit too versatile.

“As part of our efforts to increase the overall time to kill, we are reducing the FARA 83’s fastest TTK by 16.6% to compensate for its generous rate of fire and recoil control,” said Raven.

The Streetsweeper shotgun has had its hip fire spread, and recoil increased. The shotgun will now also ADS slightly slower. Raven reckons the Streetsweeper was a little too effective in its category. The developer also removed it entirely from ground loot and supply boxes, replacing it with the Hauer 77.

The Bullfrog SMG has, too, saw a combination of nerfs and buffs. Its maximum damage has been cut to 32 from 34, but Raven pushed its max damage range by 11%. The weapon’s base move speed got a slight increase by 1%, and its sprint out time also got a 13% reduction.

The only weapon to receive an outright buff is the PPSh-41 SMG, which arrived with Season 3. Its maximum damage range got a 4% boost, but the biggest buff comes in the form of an 80% decrease to its open bolt delay.

“To us, the PPSh-41 is the quick to fire, high-capacity, short-to-mid range SMG. Not every weapon needs to have the highest TTK potential, but every weapon should at least feel viable and have a niche where it excels given a complementary playstyle,” Raven explained.

Outside of those weapon-specific nerfs and buffs, Raven also touched several of the game’s stock attachments, as well as the Combat Recon barrel for sniper rifles. You can read the full list on the official blog.

In the future, Raven said you can expect some buffs to forgotten Modern Warfare weapons which have been struggling to keep up with Cold War weapons in recent months.